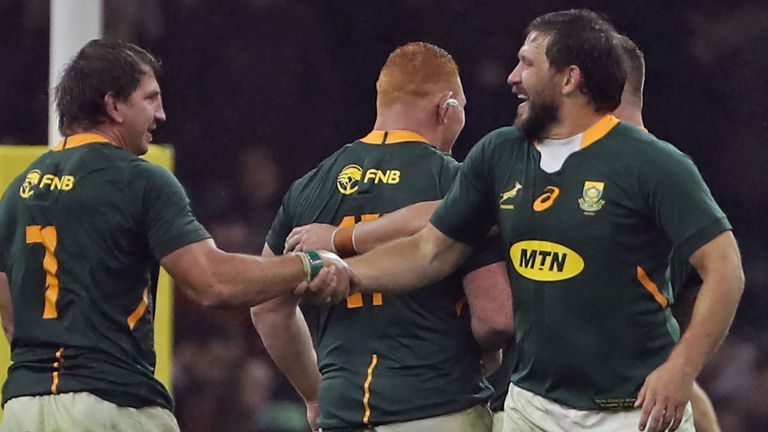 South Africa clinch victory in their first fall test of 2021 as Malcolm Marx’s try with seven minutes left, as well as four Penalties by Handre Pollard, a long-range shot by Frans Steyn and a final penalty by Elton Jantjies who ensured the 23-18 win Wales in rainy conditions

By Michael Cantillon at Principality Stadium

A final crucial Malcolm Marx try saw the Springboks record their first win in Cardiff for eight years, while South Africa won 23-18 over Wales in a soaking wet Principality Stadium.

The Springboks hadn’t won in the Welsh capital since 2013, losing in 2014, 2016, 2017 and 2018, but four penalties by Handre Pollard, a long-range effort by Frans Steyn, a final kick by Elton Jantjies and Marx’s try sealed a late success.

The game seemed to go in the direction of Wales most of the time as Dan Biggar took six penalties on his return to keep the hosts ahead over and over again.

Despite clear scrum and maul dominance during testing, the Boks failed for so long to take advantage of their set piece superiority and produced a performance littered with indiscipline, particularly at the break.

Ala Makazole Mapimpi had one try excluded 12 minutes from time for offside, but other than that, clear chances were few for the visitors until Marx and the Boks group intervened with a fundamental intervention.