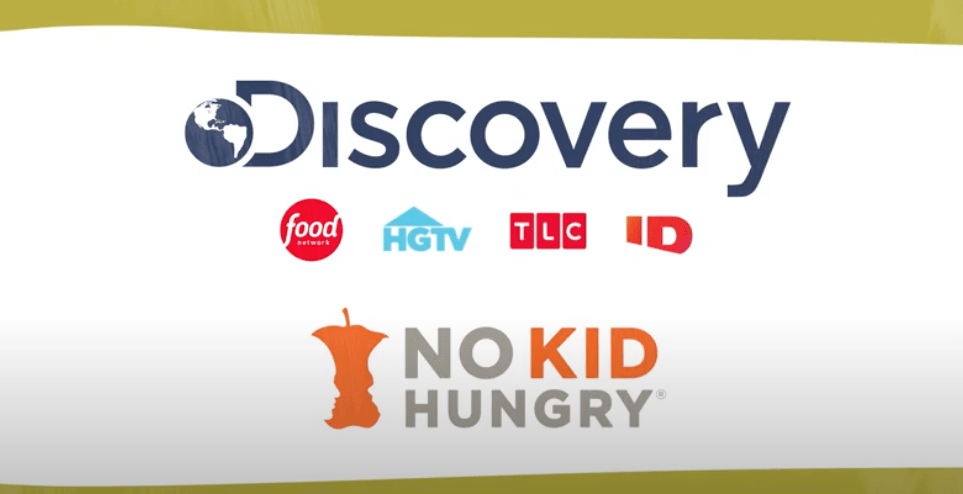 Warner Bros. Discovery is expanding its “Turn Up! Fight Hunger”, a partnership with No Kid Hungry. The news comes to coincide with the company’s participation in the White House Conference on Hunger, Nutrition and Health on Wednesday.

After an initial pledge in 2018 to donate 1 billion meals to children in need within five years and meeting that goal in early 2021, WBD has increased its pledge to 2 billion meals. Including the number already donated, the total of 2 billion will be reached in September 2023.

The show began after Gloria Steinem advised CEO David Zaslav to promote some kind of social good upon learning that Discovery’s brands (before the merger with Warner Bros.) reached 25% of American women each night. The company has since used that outreach with easily accessible action items, such as encouraging viewers across platforms like the Food Network and HGTV to donate by texting the word “hungry” to 707070. The money raised It allows schools, food banks, and other community groups to purchase not only food, but essential resources like delivery trucks and protective gear for workers.

But donations are not the only campaign tool. “Show Up! Fight Hunger” emphasizes that the hunger crisis doesn’t mean there isn’t enough food; rather, it’s a lack of access for the people who need it most. As such, in the new expansion, Warner Bros. Television Group will begin educating its creative leaders on food insecurity, encouraging stories that incorporate hunger, nutrition and health themes into content: “Rock The Block”, “Extreme Makeover Home Edition”, “A Very Brady Renovation: Holiday Edition” , “Guy’s Grocery Games”, “Brother v Brother” and “The Kitchen: Thanksgiving Live” are some of the programs that integrate campaign messages.

“Our partnership with No Kid Hungry has helped millions of children and our increased engagement and collaboration with like-minded and valued partners will supply a total of two billion meals by September 2023,” said Kathleen Finch, president and chief content officer. of the WBD American Networks group. . “Food Network, HTGV and our other iconic brands are important platforms that help raise awareness about hunger and allow us to use our resources to provide food to children in need.”

“Warner Bros. Discovery is a committed and critical partner in our fight to end childhood hunger,” added Billy Shore, founder and CEO of Share Our Strength, the organization behind the No Kid Hungry campaign. “Her ability to drive deep engagement with mealtime viewers in homes across the country continues to be critical in helping connect children and families with the meals they need to thrive. With all signs pointing to food insecurity rising once again in 2022, we are grateful to continue to work together and support sustainable solutions to end child hunger.”

Autoimmune diseases linked to spikes in events after myocardial infarction

Patients with an immune-mediated inflammatory rheumatic disease (IMID) had worse outcomes, especially in terms of mortality, after a...
Read more

explored select products independently. If you buy something from our publications, we may earn a small commission.Almost every time I...
Read more

BOONE, NC -- Chase Brice's last-second flick deflected into the arms of Christian Horn for a 53-yard touchdown on the final play of the...
Read more