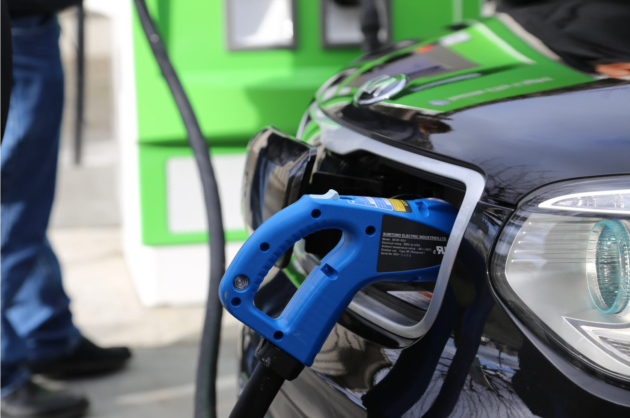 The huge pool of Washington state-owned vehicles will begin the switch to electric power with the goal of having the entire fleet fully electric by 2040, under an executive order signed by the government. Jay Inslee.

The order outlines specific targets for all approximately 5,000 state vehicles, from snow plows to state troop patrol vehicles. Overall, it requires 40% of the fleet to switch to electricity by 2025; then 75% by 2030 and ending at 100% compliance five years later.

The order allows for a certain deadline and leeway per vehicle type for state-owned medium and heavy trucks.

According to the order, 30% of large vehicles must be electric by 2030, reaching 100% by 2040. If electric vehicles are not available for certain applications, state agencies must seek “the cheapest option. and with the lowest emissions that includes, but is not limited to, plug-in hybrid electric vehicles and hydrogen fuel cell technologies. “

Inslee, who released the statement while witnessing the climate COP26 conference in Glasgow, Scotland, said the order of the fleet matches global efforts to combat climate change.

“Together with the rest of the leaders here and those from everywhere else today engaged in this fight, we will lead the charge on decarbonising the transportation sector,” Inslee said in a statement.

The state fleet’s goals are in line with the state legislature’s goals that all new vehicles sold in Washington will be electric by 2030. In addition, the state plans to commission its first hybrid electric ferry in 2025 and is holding a naming contest for the new boat. The new ship will accommodate up to 144 cars and 1,500 people.

See the full executive order signed by Inslee below.