WESTERN VALUES AND ADHERENCE TO A RULES-BASED ORDER. REALLY ??
Advertisement 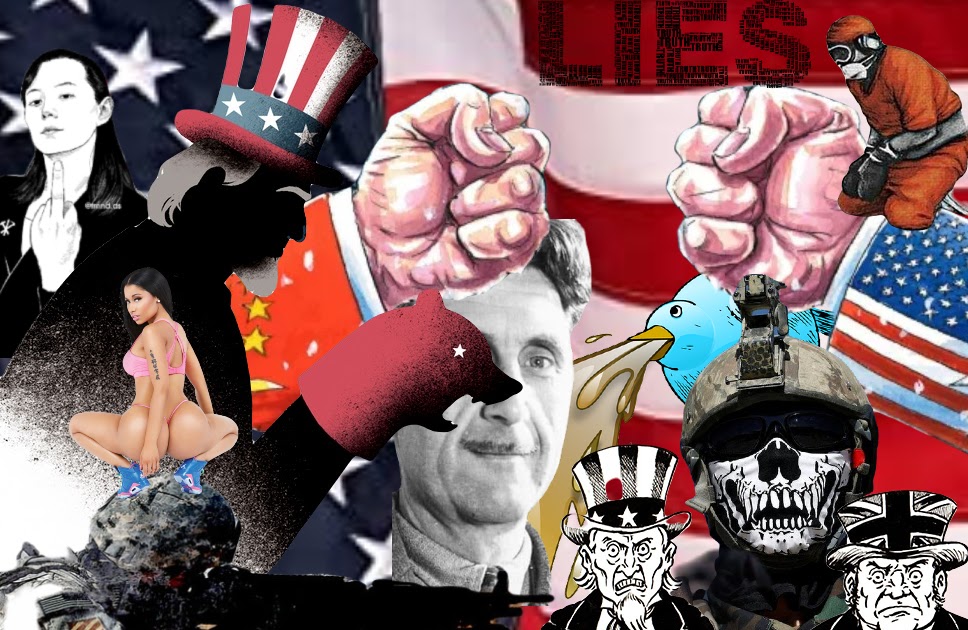 Certain key phrases seem to always agree where the highest echelons of Western political elites stand. And once the required hymn sheet for a particular era has been selected, the Western elite choir tends to sing it faithfully and without fail.

Whether those elites show up in the White House rose garden, sitting at conference tables in Brussels, or at NATO headquarters, they make sure they echo whatever memorandum has come up to assign them an agenda and the semantic narrative to follow.

Whatever the target chosen for regime change, there is always a particular meme designed for wide distribution. Reagan had “The Evil Empire” and “The Free World.” Bush had his ‘War on Terrorism’ and the whole game of a completely innocent America wronged by vile criminals. Obama used the self-righteous tones of America the Exceptional and ‘Yes We Can (Destroy Libia). Trump and Pompeo, in their brain-challenged ineptitude and creative emptiness, could only launch pathetic insults and slanderous accusations at China.

But what has emerged from the Biden administration? Any new and innovative language? Hardly.

The quest is clearly to set Western nations as examples for others to stand trial. And that those trials give the go-ahead to the Western elites. International law may be overlooked once again because those other nations are so far below Western standards as to be fair game. The green light that will be given to attack them at any level will do more damage.

Among these bytes of sound that give the West the status of ‘best’ are the following:

‘Western liberal values’ are often simply reduced to ‘Western values’. The current objectives of regime change do not have them. The phrase “they don’t share our values” is a sure sign that whatever nation is being talked about is having a war against it of one kind or another by the West. It seems this is enough to have a clique of nations rallying against him now. One of the “values” of the West apparently is to ignore international law that requires a nation to attack you before you have the right to attack it. But what does international law matter to Western elites? They have assigned themselves above those inconvenient barriers to their desires.

Which brings us to ‘Rule Based Order’, another byte of sound that you will hear. The West apparently adheres to this. Despite the many illegal wars he has waged in recent times (see above for the legitimate justification of one) he believes in the claim that the West adheres to any rule-based order. Those Western elites accuse them of failing to abide by this rules-based order, meaning Russia and China were ironically two of the three nations that opposed the West’s illegal regime-change wars. Throwing lies is not much more wicked than the way Western elites do, they are masters of the past.

The pose then is that of a free, noble and always innocent West, always acting with the best intention, adhering to established rules and acting as the indisputably pure guardian of the best possible values.

How many who have seen the grossest part of life in the US and UK can recognize the above statement as fact? How many who know about the Madoffs, the Epsteins, the Savilles, the financial transactions, the opioid epidemic, the Covid chaos, the paradises of pornography, drugs, gambling, prostitution, war, hyper-capitalist exploitation, corruption and Can political insanity recognize that above statement as fact?

A rule-based order? Ask any Afghan, Iraqi, Syrian, Libyan or Yemeni about that claim.

The truth is that Western elites create a facade of self-promoted lies to promote their wicked wars, and the former are simply the latter.

Most human beings have similar values. A good education for your children. Opportunities for a dignified life in which there is stability and peace, along with access to employment and health care, are highly valued.

What have Western elites contributed to anyone in recent years?

The claims that Western elites make about their societies sound hollow, they are simply a very cynical exercise in manipulating Western populations and a synthesis of think tank propaganda poised to wage endless war against others.

As George Carlin memorably said, “It’s all bullshit, and it’s bad for you.”

What values ​​come to mind when you think of the West?

And what ‘rule-based order’ of the western elite can you discern?