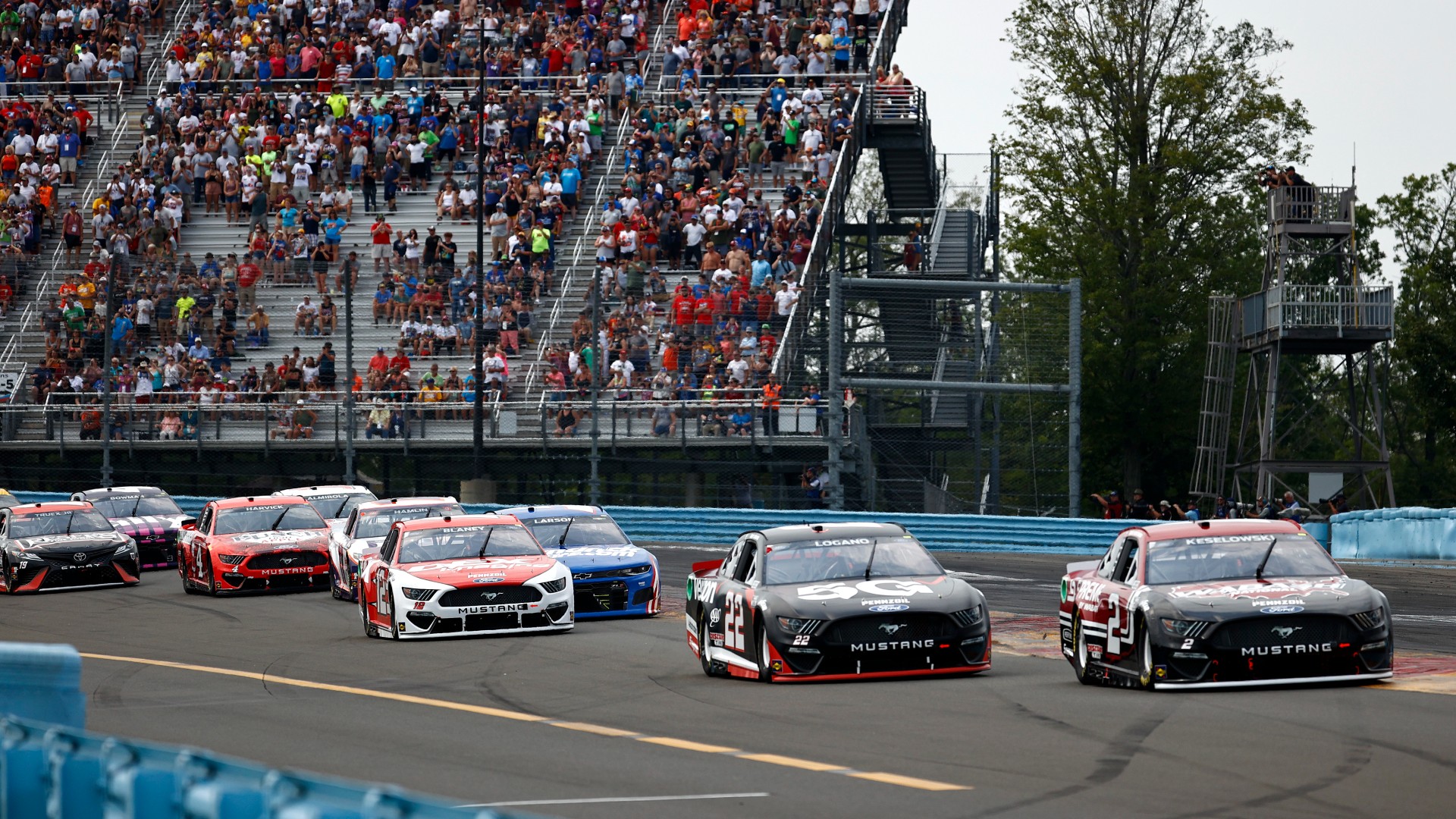 The winner of Sunday’s NASCAR Sprint Cup Series race at Watkins Glen International has been a regular visitor to Victory Lane this year.

Kyle Larson extended his series lead with his fifth win of the 2021 season in the Go Bowling at The Glen road race. Larson crossed to the checkered flag after building a huge lead in Stage 3.

Larson also tied Denny Hamlin for the lead in the points table. The regular-season champion receives a spot in the NASCAR playoffs, but Larson has already secured a spot as the race winner. Hamlin has not won in 23 races this year.

Larson’s victory was good news for Hamlin and the drivers closest to the playoff bubble. With 13 different race winners thus far, three spots in the 16-driver field remain open and three races remain in the regular season. Right now, those places belong to Hamlin, Kevin Harvick, and Tyler Reddick.

Below is more information on Larson’s win on Sunday, plus full race results.

Who won the NASCAR race yesterday?

Kyle Larson posted five wins on the season with a 2.430-second win over his Hendrick Motorsports teammate Chase Elliott. Larson had more than doubled the lead during Stage 3, but the lapping traffic in front of him and Elliott behind him made things dangerous for a few minutes.

“Chase was catching me pretty fast already, even when I was on the open track, so when I caught those, I think, four cars (flipped) and got into the 38 (Anthony Alfredo) right here, I thought he would look in the mirror.” . and the 9 (Elliott) would be right on top of me, but luckily I had a comfortable enough gap that I could make a mistake like that. ” Larson said on NASCAR.com.

Elliott, the two-time winner of the race, finished second despite starting at the back of the field. He was sent there because his No. 9 car failed the pre-race inspection twice.

“I made too many mistakes to get the victory, unfortunately, and I did it too late in the race,” he said, according to NASCAR.com.

Larson and Elliott have finished 1-2 four times this season.

Kyle Larson gave Hendrick Motorsports its 11th win in 23 races this season. All four Hendrick drivers have at least one win in 2021.

Hamlin, Harvick and Reddick keep all three playoff spots open for now, but they could get out of the bubble if they still don’t win and first-time winners emerge in each of the next three races. Hamlin could still come in by winning the regular season points title.

Reddick is struggling just to stay in the top 16 of the projected playoff field. He leads Richard Childress Racing teammate Austin Dillon by 15 points to 16th place. Harvick is 95 points ahead of Dillon.

The Cup Series will make history next weekend when it races for the first time at the Indianapolis Motor Speedway. The Verizon 200 at The Brickyard is scheduled for 1 p.m. ET on Sunday, August 15 (NBC, TSN 3 and 5, IMS Radio).

Tuchel’s Chelsea will win the league by buying Lukaku and Kounde!