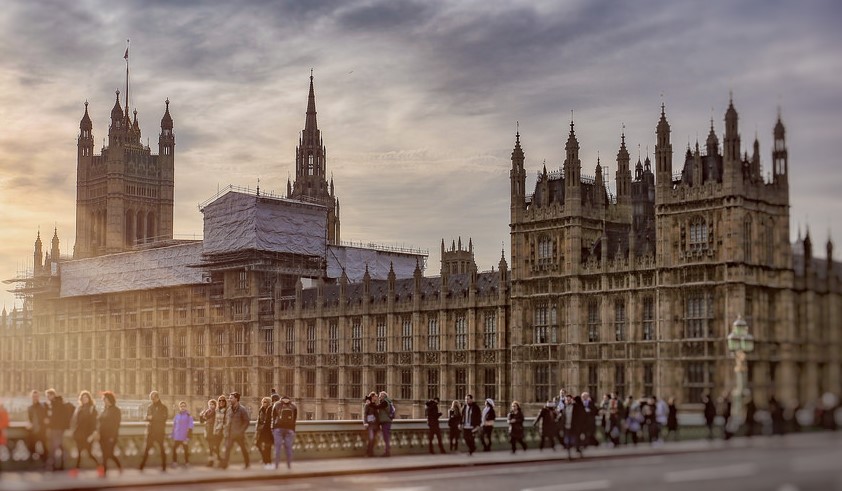 “There is no people’s bill of rights and the parliament is weak and cannot hold the government to account.”

There is no people’s bill of rights and the parliament is weak and cannot hold the government to account. Constitutional reforms are urgently needed and should be the centerpiece of the next general election campaign.

Reform is needed at all levels. The first-pass electoral system ensures that the political party without the support of the majority of the electorate enjoys a large majority in the House of Commons.

Large parliamentary majorities produce elected dictatorships and allow the government to trample parliament and the people. In today’s parliament, scrutiny of major bills is too often restricted and ministers rarely provide meaningful answers to questions. We all remember how the Conservative administration illegally extended parliament in September 2019.

Ministers routinely violate ministerial codes governing the standards of behavior of ministers, award millions of pounds government contracts to his friends and deprive parliament and the public of the information to hold them accountable. A weak parliament has failed to hold the government to account.

Wealthy interests have long shaped political power in the UK, although crumbs are occasionally thrown at the masses to pacify them. Big business and wealthy elites finance political parties. Grateful parties keep legislation they consider threatening off the political agenda even though it costs billions to the public purse. Governments dutifully bailed out the banks and provided £ 895 billion of quantitative easing to the speculators of the City. Vital services like gas, water, electricity, railways, buses, social assistance have been handed over to corporations and the National Health Service (NHS) is on the table. Instead of providing public services, the state has become the guarantor of corporate profits.

These are the rewards for the elites who managed the 2007-08 bank crash, bank fraud and debacles at Carillion, BHS, Debenhams, London Capital and Finance, Patisseries Valerie, Silentnight and elsewhere. The elites themselves are adept at avoiding taxes and face little retaliation. It’s hard to remember public petitions or marches calling for this huge transfer of wealth to such a small clique.

At the same time, people at work are struggling to make ends meet. In one of the richest countries 14.5 million people living in poverty, thousands of school children go hungry, too many live in substandard housing and with 28% of median income, retirees receive the lower state pension Industrialized nations. About 1.5 million households are in water povertyand another 3 million reeling. The political system has abandoned too many people.

Despite an annual salary of £ 82,000 plus expenses, too many MPs are consultants to corporations and promote the interests of their payers. Corporate interests are also embedded in the House of Lords. It must be replaced by a selected camera.

In the absence of a written constitution, people’s lives and rights are threatened. The government tried to prevent people enforce labor rights through the courts by charging fees. The Supreme Court declared the ministerial edicts illegal.

Even lives are threatened. Covert Sources of Human Intelligence (Criminal Conduct) Act 2021 allows the government to grant advanced authorization to select states and non-states actors to commit criminal acts with full immunity. These include murder, torture, rape and everything else, because such acts are seen as promoting the national security and economic interests of the UK. Innocent victims will not be able to go to court.

Protests are the vital element for the renewal of democracies. Instead of bringing governments closer to the people, the current government will criminalize protests. Page 300 Police, crime, sentencing and court bill currently in parliament it would criminalize protests that are considered loud and disruptive. Isn’t that the point of the protests? How else can marginalized groups draw attention to their exclusion and their grievances? Even protests by a single person would be criminalized. Anyone who causes “serious annoyance” or “serious annoyance” faces a prison sentence of up to ten years.

Stung by 2019 Supreme Court ruling which declared the extension of parliament illegal, the government has now presented the Draft Law on Judicial Review and Courts . It will reduce the right of individuals to request judicial reviews. It will put important government decisions out of the reach of the courts and also allow the government to expand the scope of this protection without going back to parliament. The government will no doubt promote the bill by stating that such powers are necessary to prevent immigrants and asylum seekers from seeking judicial review of government decisions.

Constitutional reforms are urgently needed to prevent governments from trampling on parliament and the people. None of this is possible without a written constitution and fundamental changes in the electoral system, the structure of parliament and the financing of political parties.

Restrictions on the power of corporations are needed, and legislators should be prevented from being consultants to corporations. Citizens must be empowered and a bill of rights of the people is needed. The ruling elites will not like the changes, but a new social agreement between parliament, the government and the people has long been needed.