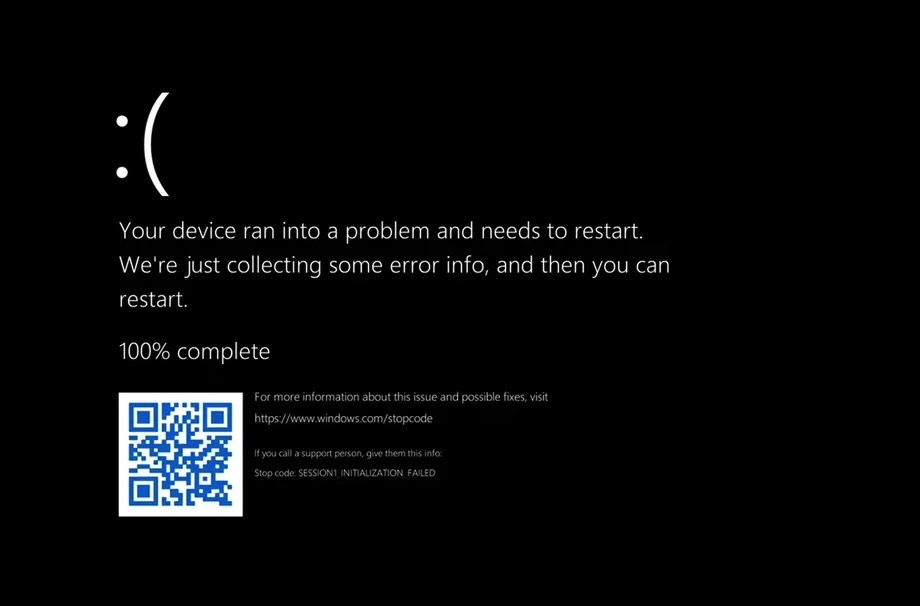 Windows’ Blue Screen of Death (BSOD) is one of the saddest distinguishing features of Microsoft’s widely used operating system, which has been around for years. It is the symbol of immense frustration and well-deserved anger. You always despised the blue screen because its arrival meant that something was wrong with the operating system. It may also have indicated that you may have lost your data. Or that you had to go through some sort of life-saving procedure, like reinstalling Windows in its entirety. Windows 10 fixed some of these issues, and blue screens were much rarer. But those blue screen crashes weren’t entirely gone. Then Microsoft did the unthinkable with the Windows 11 release, killing the blue screen. But Microsoft only changed the color to blackkeeping the functionality in place. The company has fixed this in an update that will soon be available for download.

As much as you may hate the blue screen of death in Windows, the feature is still something Microsoft badly needs. Even in Windows 11. The terrifying error message can help IT professionals, as well as Microsoft, diagnose software problems that cause the operating system to crash and fix them. It is really the implementation that is annoying at this point.

Changing the color from black to blue in Windows 11 made little sense when we first heard about it. It is still an error message which will display text giving some information about the problem. At the same time, the system will collect crash data before the computer restarts.

The error prompt will still stop everything you were doing on your PC at the time the crash occurred. If anything, blue screen is better than black. This is because you are used to associating color with a significant Windows problem.

The triumphant return of the blue screen

Just as it’s unclear why Microsoft opted for black, we have no idea why blue is returning to the error message in Windows 11. But Ars Technique points out that Microsoft is about to revert to blue via an upcoming Windows 11 update download.

The update will fix several Windows 11 bugs, with Microsoft pushing it to Beta and Release Preview Insider Channels a few days ago. This is version 22000.346, which addresses various known issues with the operating system.The list includes a rendering issue for the new taskbar and Start menu, Bluetooth audio volume control issues, 32-bit app issues and printers.

These fixes are more important than the Black Screen of Death returning to blue. But you will definitely notice (and appreciate) this every time Windows 11 crashes afterward. Hopefully, it will take some time for something to crash your computer to the point where you will be treated with a blue screen.

However, you will need to get the new version of the operating system first. Microsoft releasing it in the Release Preview channel means it may take a few days or weeks before you can download the Windows 111 update to your computer.