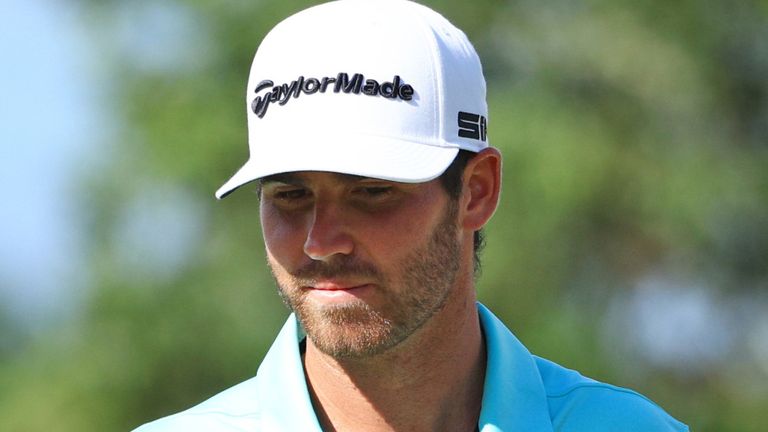 Wolff starts the weekend with 13 under and two ahead of Scottie Scheffler; Viktor Hovland three back along with Carlos Ortiz, with Justin Thomas in group four back – watch live Saturday from 6pm on Sky Sports Golf

Matthew Wolff remains the man to catch ahead of the World Wide Technology Championship weekend in Mayakoba, although he has seen his lead narrowed to two shots in Mexico.

Wolff followed a career low of 61 with a three under 68 at El Camaleon Golf Club, with two bandits on the last four holes halving his night lead over the pack of pursuers.

Scottie Scheffler has recorded five birdies in the last six holes to help him reach a bogey-free 64 and take him to second place, with Carlos Ortiz a further shot in third place alongside defending champion Viktor Hovland.

“I played really well,” said Hovland. “It was a very similar round to yesterday, I felt like I had hit a little closer to the hole and made a couple more putts, but I didn’t really feel like I was doing anything wacky out there.”

None of the morning wave had been able to reach the total on Wolff’s night before his second round began, with the 22-year-old birdie at three of his first five holes and then clearing a three-putt bogey to the sixth taking advantage of the next par five.

Wolff took a birdie at the tenth par three and added another at the 13 to restore his four-stroke cushion, only to halve his lead in the first round when he couldn’t get on and off the sand at the 15 and then he bogey the par four loaded.

“It’s not always easy to come out and keep birding and I’m glad I proved to myself that I could,” Wolff said. “Yeah, I’ve put myself in a really good position, so I’m excited for the weekend.”

Justin Thomas followed six birdies in the last seven holes of his first round by posting a six-under 65 on Friday to jump four to the advantage, with Billy Horschel and Sergio Garcia among the other players sitting in fifth place midway through the game.

A 63 round of the day from Garrick Higgo brought him into the eight-under group that includes Scotsman Martin Laird, while Brooks Koepka, Rickie Fowler and Ian Poulter were among the big names to miss the cut.

Watch the World Wide Technology Championship in Mayakoba all weekend on Sky Sports. The live broadcast continues on Saturday from 6pm on Sky Sports Golf.