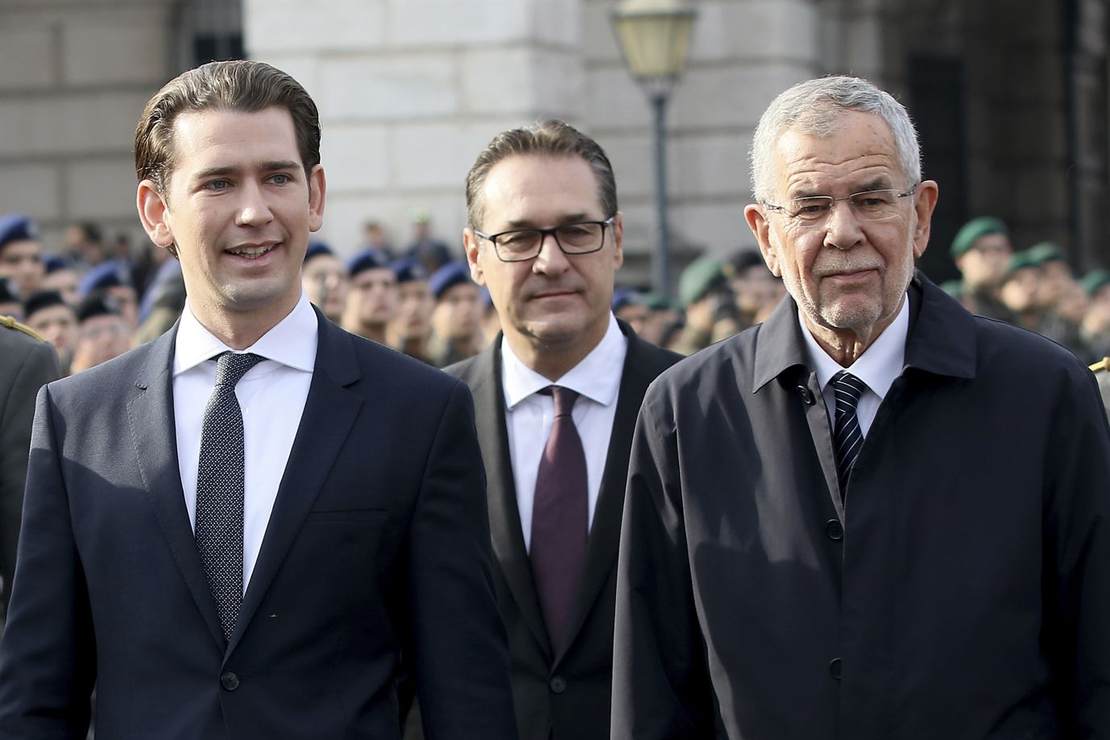 It seems Austria and Australia will soon have more in common than most of the letters in their names. We have previously learned that unvaccinated Australians will seek to be essentially confined to their homes for the foreseeable future following extensive new government mandates. But now the Austrian government is preparing to follow suit. Austrian Chancellor Alexander Schallenberg made the unofficial announcement on Friday, with an official order expected in the coming days. After seeing another wave of new COVID cases, the Austrian government had already put a number of restrictions in place, but with the new order, there will be no more room for maneuver. In addition, the number of people subjected to compulsory vaccination is being expanded. The blockade order initially covers only two regions, but on Sunday they plan to take it to the national level. (The hill)

Austria will put in place a lockdown for the unvaccinated in two regions where COVID-19 cases are on the rise starting Monday, Austrian Chancellor Alexander Schallenberg said at a press conference on Friday.

Unvaccinated people in the Austrian regions of Upper Austria and SalzburgerLand will only be able to leave their homes for specific reasons, such as shopping or doctor’s appointments, according to ABC News.

Chancellor Schallenberg said he and other leaders in Austria will meet on Sunday to finalize the measures and their implementation next week, according to ABC News.

The Chancellor went on to make sure no one misunderstood the intentions of the nation’s leadership, saying “let’s give the green light this Sunday for a national blockade for the unvaccinated.”

And what does this block mean? They had already taken some initial steps last week. The health minister has issued an ordinance banning unvaccinated people from accessing various recreational venues including lounges, restaurants, theaters and bars. But now the mandate is much broader. The unvaccinated “will not be able to leave the house” except for trips to do essential shopping, short periods of exercise (alone) and to go to work. And the “work” exception will only apply if your employer allows unvaccinated workers, which doesn’t apply in all cases.

There is no denying that Austria is in the midst of a bad wave of new cases. They registered nearly 12,000 new cases on Friday, which was it several thousand more compared to the worst peak they experienced during the peak of the pandemic at nearly the exact same point in 2020. The country’s current vaccination rate stands at 65%, which the Chancellor described as “shamefully low.”

There is a question that the Austrian government is not yet answering. How long can this go on? They don’t even offer a hint on an expiration date for these blocks or even a target infection rate that they will need to drop below. Does the Austrian government simply intend to continue doing this whenever there is a wave of infections forever? We already know that even fully vaccinated people can be infected now and even spread the disease. Thankfully, most of them will have much milder symptoms than unvaccinated, as will those who survive the disease and acquire their own natural immunity. But if all you’re counting is the crude number of infections, this could go on for a long time.

Of course, I’m not sure why I’m asking questions and pointing fingers. It certainly appears that the Biden administration and Dr. Faucci have no plans to pull the plug from these authoritarian scams in the foreseeable future. Perhaps the United States needs to look in the mirror and ask the same questions that I ask the Austrians and Australians and all the other countries involved in this maarkey.

How many times will we have to go over this? The virus is here. It is not going away. It is endemic. It will remain around just as the flu has been present throughout our common living memory. And we won’t live like this indefinitely. Nobody should do that.