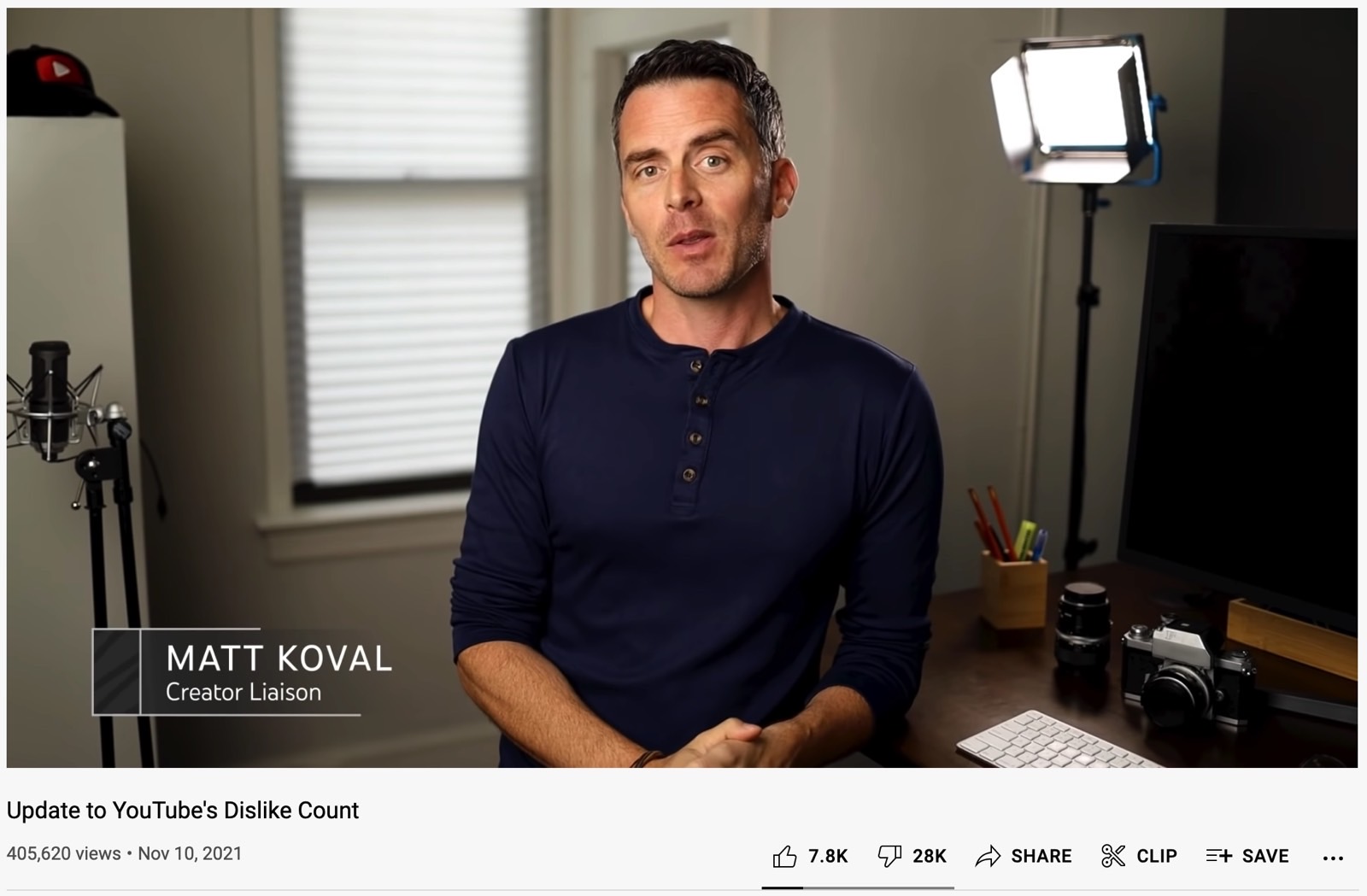 Google has experienced a big change in the YouTube user interface earlier this year when he decided to hide the number of likes the videos get on the platform. Google explained that the move should protect smaller channels from being attacked by coordinated attacks of dislike. YouTube started testing at the end of March, and is now finally ready to be distributed to all users. YouTube videos will only show the number of likes in the future, with the number of dislikes remaining hidden.

Google’s decision is understandable, but not everyone will appreciate the change. And many YouTube users hit the dislike button on the YouTube video announcing the change.

YouTube’s Dislike button is about to disappear

Google explained in a blog post that change is permanent. The company said the data collected during the testing period convinced it to pull the trigger:

Those in the experiment could still see and use the Audience Dislike button, but because the count wasn’t visible to them, we found they were less likely to target a video’s Dislike button to increase the count. In short, data from our experiment showed a reduction in dislike behavior for attacks 1. We also heard directly from smaller creators, and those just getting started with their YouTube channel, that they are being unfairly targeted by attacks. dislike. The data from our experiment confirmed that this behavior occurs in a greater proportion on the smaller channels.

YouTube will continue to count the number of Dislikes, but creators will have to head to the Studio to find it. The public will not see it. The lack of dislike figures should reduce the number of hate attacks, but creators can still get feedback from users in the comments.

It’s unclear how the feature will impact Google’s algorithms for YouTube. Google says people may still dislike videos for personalizing their recommendations.

Google also posted a video on his YouTube creators channel, which has more than 4.14 million subscribers, to explain the change in dislike. As of this writing, that 3-minute clip has received 7.8K likes and over 28K Dislikes.

It is clear that not all people appreciate the change here. And the angry crowds probably didn’t attack the Google clip.

Google has an amazing AI experience. He could always develop an algorithm that would only eliminate dislikes from videos actively targeted in hate campaigns. But Google has taken a measure that will impact all videos.

The only reason we can still see the number of Dislikes on YouTube’s Dislikes video is that the feature is rolled out gradually. Eventually, the number of dislikes will disappear from public view. But Google will always know that people don’t like it. Just like they did with the YouTube Rewind 2018 video, which he got 19 million I do not like to date.