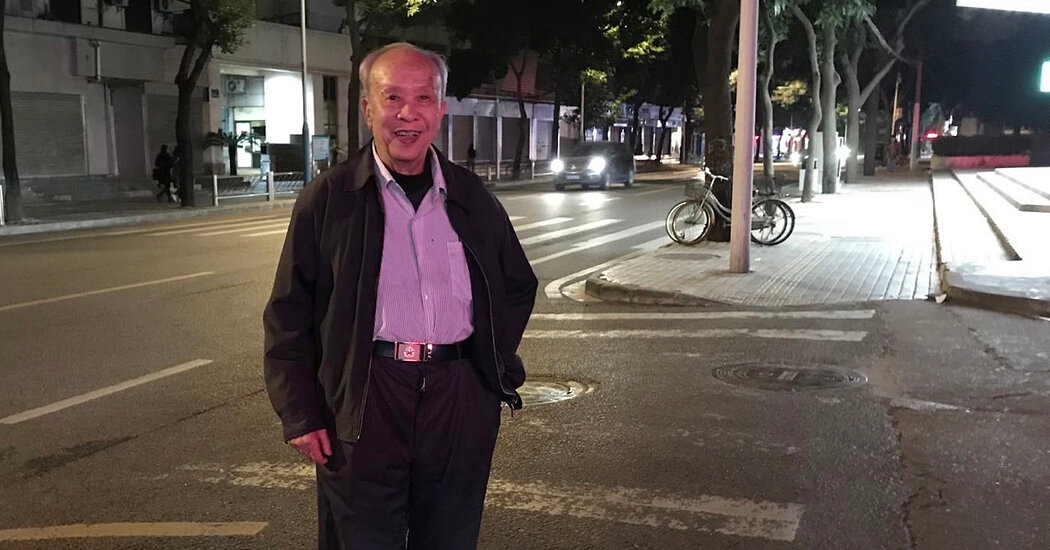 Zuo Fang, a pioneering journalist who helped start China’s most influential reform-era newspaper and edited it with the belief that the press should inform, enlighten and entertain rather than parrot the Communist Party’s propaganda, died on the 3rd. November in Guangzhou, China. Hey what 86.

His death, in hospital, was announced by the newspaper he co-founded, Southern Weekly.

Southern Weekly – the newspaper prefers that English name to another common translation, Southern Weekend – was started in 1984 as a sister publication of Nanfang Daily, the official newspaper of the Communist Party of Guangdong Province, where Mr. Zuo started his. career in 1962.

A weekend newspaper set the stage for a golden era of Chinese journalism in the 1990s and 2000s, when the government somewhat loosened its tight control over the media. New market-oriented outlets have pushed the limits of the Communist Party’s tolerance by producing incisive investigative reports and harrowing traits about China’s poor and helpless. These publications set the agenda for national debates and held the powerful accountable.

“Mr. Zuo and the Southern Weekly were symbols of a certain era,” Yan Lieshan, a retired columnist at the paper, said. Journalists, academics and others in China mourned Mr. Zuo’s death, he said, “because they still believe in journalism and the truth.”

Mr. Zuo, an idealist who enlisted in the Chinese military during the Korean War, argued that newspapers had a responsibility to enlighten the public with ideas of science and democracy – a distinct departure from the role of spokesperson that the press had played. under the government of the Communist Party since 1949.

The weekly circulation surpassed 100,000 by the end of its first year and surpassed one million in a decade. Many of its reporters have left to start similar publications.

However, when Mr. Zuo died, that era had come to an end. Southern Weekly was among the first liberal-leaning institutions that was attacked after Xi Jinping, the main Chinese leader, took power in late 2012. Now, as is the case with other media in China, the main articles on his website regularly include news about Xi and the latest initiatives and achievements of the party .

“Southern Weekly has been reduced to a very ordinary newspaper,” Lian Qingchuan, a former local editor, wrote in an article after Mr. Zuo’s death. “I haven’t read it in a long time.”

Zuo Fang was born Huang Keji on November 18, 1934, in a village near Guangzhou, according to a memoir published in 2014. His grandfather Huang Kang joined the 1911 revolution that ended China’s last imperial dynasty. His father, Huang Wenzao, joined the anti-Japanese resistance during World War II and was executed. His mother, Chen Yuqing, worked as a housekeeper for the owner of an opium den.

Mr. Zuo joined the army when he was 16, changing his name to Zuo Fang (Zuo translates to “left” in English). His unit prepared to go to Korea by executing counterrevolutionaries, as former landowners, in a Guangdong village.

Mr. Zuo once described how his hands were shaking during his first execution. His unit leader took his weapon and shot the prisoner, but intentionally did not kill him, so he told Mr. Zuo to finish the job. Mr. Zuo wrote that he closed his eyes and fired about six bullets at the prisoner.

He left military service without going to war and studied Chinese literature at Peking University in Peking. Upon graduation, he joined the Nanfang Daily.

Unusually for someone involved in the Cultural Revolution, Mr. Zuo bluntly described his role as a leader of a rebel group during that time of party-fueled violence and paranoia. He attacked former officials in his comments and accompanied the Red Guards when they publicly denounced their enemies.

After the Cultural Revolution, he worked in the Nanfang Daily library for six years until he was asked to start a new weekend newspaper in 1983. By then, he wrote, he had come to reject revolution and radicalism and believe that China needed to embrace economic growth and values ​​like freedom and democracy. One of his major concerns, he wrote, was that “the whole nation would lose its memory, hearing and speech.”

He decided to create a publication that people would read. The main article in the first edition of Southern Weekly, in February 1984, was about a famous actress and writer who got into business. An article about Deng Xiaoping, then the supreme leader of China, received a second invoice.

Southern Weekly ran what may have been Communist China’s first sex column. He has published articles on hairstyles and pop music. Critics have called it a tabloid with little social significance. But publishing entertaining articles on the front page of an official newspaper in 1984 “takes courage and courage,” Zuo wrote.

The Weekly charted a course for other provocative publications that followed. He did not challenge the government or party officials nationwide. It also avoided trouble in Guangdong, because government officials eventually controlled the newspaper. Mr. Zuo borrowed a quote from a mentor and made it the Weekly motto: “There are truths we can’t tell. But we will never tell lies. “

Corrupt officials in other provinces were fair game. At first, the newspaper ran an article about the party secretary of a county in another province who raped his predecessor’s daughter-in-law. He named the official, but used an obscure title to avoid the attention of the censors. “We started at the county level,” Zuo wrote, “and went to denounce the provincial party secretaries.”

“If a newspaper only tells the truth it is fair to say, anyone can run a newspaper,” he wrote. “The cornerstone of running a newspaper is like telling the truths that can’t be told.”

Mr. Zuo retired in 1994 but continued to work at the newspaper for another four years.

His survivors include his wife, Li Yaling, and two daughters, Zuo Dongyun and Zuo Yueyun.